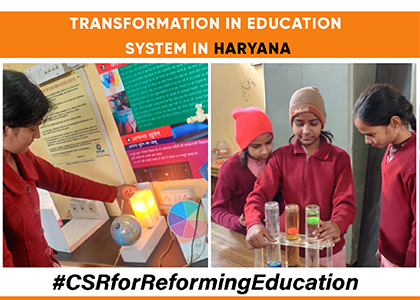 STEM Learning has implemented its CSR initiatives in the government schools of Gurugram. Along with 8 noteworthy corporate mentions such as Concentrix (with Lotus Petal Foundation), Lotus Petal Foundation, Honda, KHUSHII, Magneti Marelli, Mitsubishi, Sohan Lal Commodity Management and WNS Cares, STEM Learning has installed Mini Science Centres in the city of Gurugram. As per the 2011 census, Haryana has population of 2.54 Crores, an increase from figure of 2.11 Crores in 2001 census. Literacy rate in Haryana has seen upward trend and is 75.55 percent as per 2011 population census.STEM Learning supports Haryana government in its endeavour to increase the literacy rate.

The schools where the MSCs have been installed have experienced the impact of the revolutionary STEM education . They’ve reported an increase in the attention span of the students. The engagement levels among students have been amplified. The teachers do not need to intervene like before, as the interactive models spike the curiosity of students. The students keep playing with the models and interim learn the mechanism and grasp the concept. While interacting with each other, they communicate what they experience and peer learning is quite a common phenomenon observed. 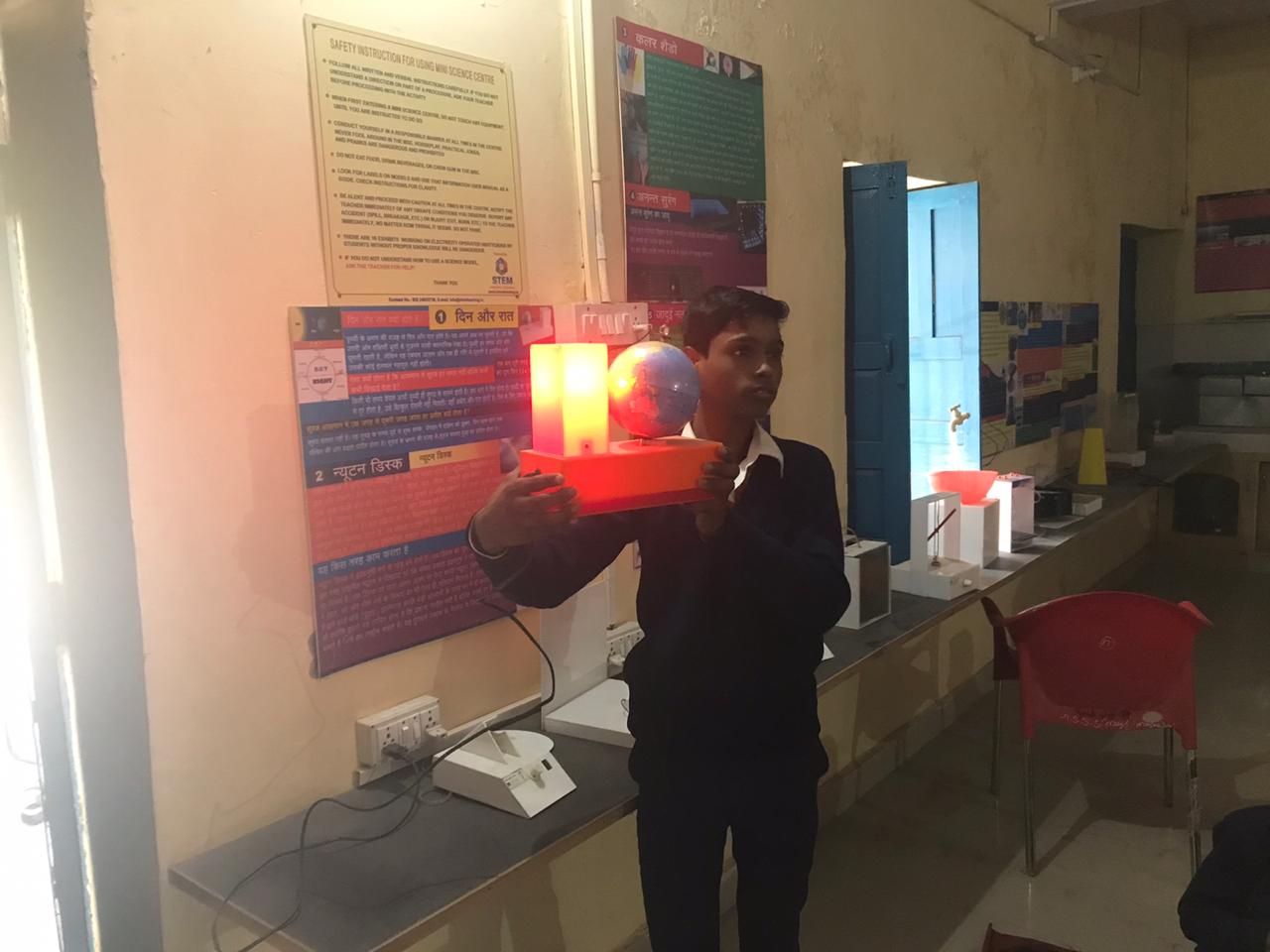 STEM Learning inspired education leads to explorative thinking and a problem-solving mindset that, in effect, contributes to potential innovators, designers, strategic thinkers, scientists and partners. Through this Corporate Social Responsibility initiative, 9200 students have learnt STEM subjects through the interactive science and math exhibits. 92 teachers have been trained through the ‘Teacher Training Programs.’ The plug and play models have brought a wave of pedagogical reformation in the government schools. The exhibits are light in weight and can be easily carried to classrooms. The teachers utilize these models to simplify and explain various science and math concepts and theories.

These models facilitate a kinesthetic learning approach which is a hands-on learning experience. The students of grades 5th to 10th have developed a scientific temper. With the help of these exhibits, students are confident in their abilities and as a result peer-to-peer learning is seen among students which denote that MSC models empower students to become independent learners. A 15% increase in the inquisitiveness of students is seen with the introduction of MSC models in classroom. The interactive models keep the students engaged visually while the students explore them; they learn the actual mechanism of the concept.

During the STEM Awards held in February 2020, immense talent of the students was seen as they participated in various Quiz Competitions, Tinkering and Model Making Competitions. They models made by students shed light on possible solutions to combat various issues faced by society. 5 schools from Haryana have participated in the National STEM Awards (NSA) 2020 held in Bengaluru. Young champs from GGSS School NIT 2, Faridabad (Haryana) displayed amazing STEM knowledge and came first in the Engineering Tinkering Category during the finale in Bengaluru and were awarded a cash prize of Rs 50,000/- for its exemplary STEM performance. The same school claimed the first runner up award in science & mathematics Model Competition and won Rs 25,000 cash prize. Students from GGSS School NIT 1, Faridabad (Haryana) bagged the second runner up award in Tech Quiz Category during the finale and were given a cash prize of Rs 15,000. The display of their skills at the NSA only proves the importance of practical learning in classrooms combined with the opportunity to showcase these skills at a larger platform goes a long way. 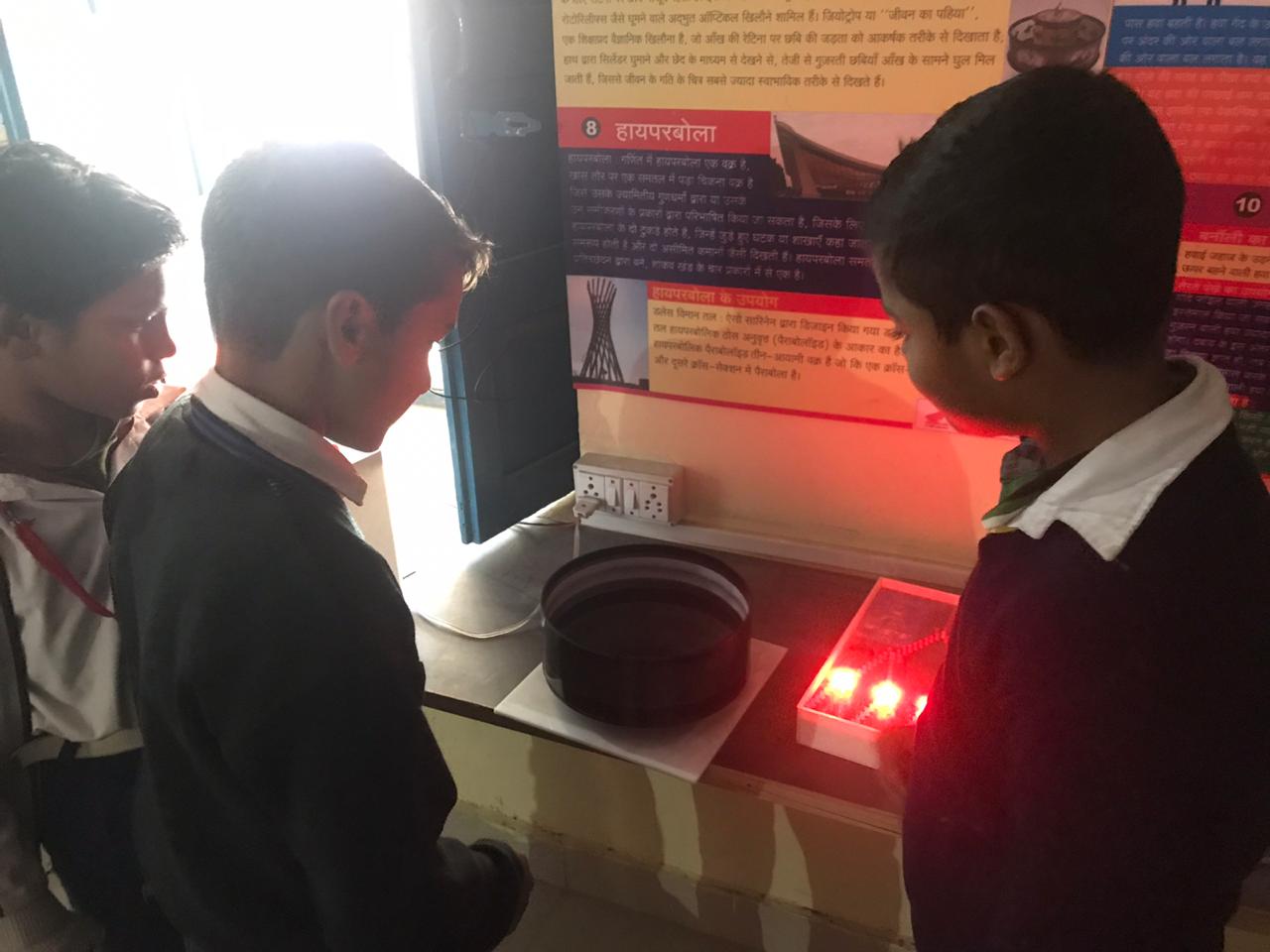