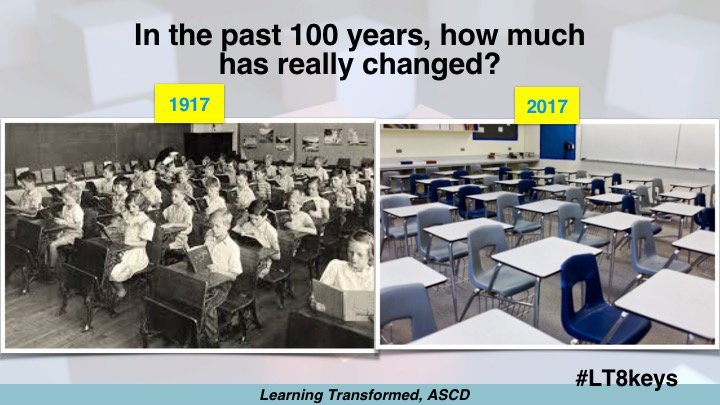 In the past 100 years, has education really changed in India?

We see buildings being constructed storey after storey, medication being developed for the rarest of diseases, productivity of manufacturing incrementally increasing across the world. While infrastructure, healthcare, manufacturing and other categories which impact the economic development in the last few decades has seen a substantial raise, you and I studied the same textbook our teachers studied from, the same blackboard their teacher taught with and wrote the same exam to score more than ever, to ultimately forget most of the things we were taught. Will this ever change?

Santosh, a student from Government high school in Bangalore, built a model to play with other students in his class. The model required a wooden plate, a long metal string, and a few batteries, electrical wires and a buzzer. He picked a wooden board which was thrown outside his house, a waste metal string and asked his friend to get a half used battery and his teacher helped him with some wires and a buzzer. He built a model with minimum materials and the outcome was to increase your concentration without letting the buzzer ring in the entire game.

For me, this was the first step towards changing from the long trapped education system. Santosh and his friends enjoyed every bit of this game. Their takeaway was not just increasing their concentration levels but they also learnt how to use batteries, electrical wires, buzzers and reuse waste around them. This is not it; they went on to winning a State level Science competition in Karnataka. This recognition and award has motivated Santosh and his friends to take up education with more importance, which might create wonders in the future.

While a model like this can motivate few students, imagine what a classroom would look like with models all around them and every concept being taught by their teacher is played like a game. Will you believe you can’t forget Pythagoras theorem and Hook’s law just like how you can’t forget to play hide and seek or UNO?

About Author: Aishwarya K has total work experience of 3 years in corporate world. She loves to train teachers. He is working with STEM Learning from last 1 years